Azur Prévoyance on Léman BleuAzur prévoyance in Geneva, your funeral insurance is pleased to announce the launch of the new television campaign on your Geneva Romandie channel. This campaign also aims to reassure you about the importance of choosing a funeral insurance solution with a full company such asAZUR PROVOYANCE FUNERAIRE SAGuardian of your will […] 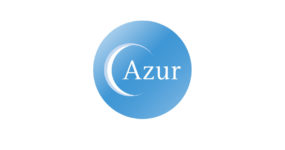 Organising a funeral is never a subject that is easily discussed, as it involves tackling a question that is considered to be taboo. Yet one of the fears of those who do address the issue is that their loved ones will be spared the burden of making preparations for their death. This is the main […]

We adapt to your wishes and we are happy to come to your home or to aplace of your choosing.We can also speak with you by phone and/or email.Is it important that you feel as comfortable as possible when discussing your final journey.

You can of course take out a plan for repatriation abroad.The conditions are the same as for the organisation of funerals in your canton, namely that the costs of supplies and funeral director services are guaranteed, as long as the plan has been settled in full at the time of death.Third party fees will be […]

Of course: our partner funeral advisors know the rites of every faith and can offer you the solution that suits you best.

You may change your wishes at any time – but only you have the right to do so.Under no circumstances will your relatives be able to modify your plan for you.

Absolutely not! Your wishes will be respected and no changes will be possible.This is the purpose of a funeral insurance contract: to ensure that everyone is in agreement.

Azur Funeral Planning SA plans freeze the costs of supplies and funeralservices. This means there will be no increase in these costs, as long as the plan has been settled in full at the time of death.On the other hand, third-party services (such as municipal taxes, incineration tax, death announcement in newspapers and flowers) are […]

Along with your copy of your plan, Azur Funeral Planning SA will send you a personal card with your membership number and contact details of the funeral director in charge of arranging the funeral.Your relatives will need to contact them, giving your plan number, and make an appointment to arrange the funeral.

If you have any further questions, please contact us by email or phone.